A downloadable game for Windows

Droid Fortress is a First-Person roguelike wave shooter inspired by Doom (2016), it has 6 levels, where you'll fight waves of droids!

In the menu you can click "controls" to see what are the controls. (hide HUD with [H])

Levels are procedurally generated from a base set . Enemies in the levels / rooms are randomly chosen by the AI, based on a value system (each enemy has a value designated to them and the AI has a max value it can spend per wave).

Originally the game took me 6 months to make, but I decided I'm not happy with it, especially the visuals, so I upgraded it!

Code, models, animations, music were made by me.

Happy to hear that.

clipped through the map
https://imgur.com/a/HgKKTYU

the game's great ! Great Graphics, great AI, great enemies, great story ! I am sure this game can make its way upto a full steam release. Many people will play it !

how do i buy weapons from the shop?

if you have enough money, you look at the weapon and press [E]

oh, im sorry i forgot to edit my comment, i realized that after posting

Who is the name of our protagonist

Maybe we'll figure out in the next update

ok he remind me of doom slayer

Seriously sick music in this game. Only made it to level 4 though!

Thanks ! I've been trying to make music for a few years now, but I still have a lot to learn.

Nothing I can do, just assure you it isn't a virus.

Its pretty nice. Your gunplay is very satisfaing. Shooting a robot with the revolver in the head and the ammo and health pops out is pretty cool. But what is missing is a meele, Movement is pretty cool, aswell. The enemies have verity and its always visible who is who.

The Doom-Inspration is very visible, but not in a bad way. Most of the weapons are heavly inspired from it. Can’t really blame.

The music is where the doom inspration shines. Its really well implermented. You have a low soundtrack when you walk in corridors and when the battle begins the soundtrack gets up and kicks. Its no Mick Gordon, but its really nice for a indie game. The models and animations are really good.

The sounds are a mixed bag. Most of them sound good or great. But then there is the chaingun-sound. Please… decrease the bass or volume. Its way too loud, considering the other sounds.

But sadly there are issues.

Most notably balancing of your weapons. I had no issues playing only with the revolver and the shotgun on auto mode.

Why only revolver and shotgun? Both do alot of damage for fairly little ammo consumtion. It doesn’t help that the Rifle and Chaingun use the same ammo as the revolver but do way less damage or are harder to control.

Then there is player direction. I stopped at one point over the pause menu. I don’t know if there is a actual end, you can reach. To me it looks like all levels are generated. There is no goal.

Idea: Make a visual, where the only information is, how many levels he survived. Thats it. Now you could make a goal like: “Reach Level 20 to get next time a Chaingun at the start” or something to keep the player motivated.

You are really good in what you are doing here. Just a few things to iron out. Hope I could help. :D

It could use a tutorial, aswell. I didn’t even knew you could have multiple jumps.

As you have noticed the game really struggles for not having a tutorial for explaining things: the game does have melee (melee kills can recover ammo on any robot), alt fire for guns is something you just have to find out by yourself, there's other "hidden" mechanics in the game, that if not told are difficult to find out: like the fact that matching the weapon color with the enemy color deals 2x damage, or that bouncing Grenade Launcher grenades deals more damage. But I have no clue how to implement a tutorial on a game such as this.

The levels are randomly generated and there is an end goal, a final boss, it's on level 6.

Making the game more rewarding is an issue aswell (I set myself a deadline and I had to crunch like crazy, some things were added last minute), like you suggested: “Reach Level 20 to get next time a Chaingun at the start”, expect I could of made it so defeating the final boss gives you a better starting weapon next time or something.

The Chaingun sounds were rather difficult to implement, because of the very fast fire rate, sounds would start clipping, so whilst trying to fix that, I might have forgotten to tune down the bass or the volume as you've said.

You're feedback is really good and useful, thanks for taking your time for giving me detailed feedback.

Its good, that you set yourself a deadline.

I think, the problem with teaching the damage could be solved by showing the damage you do. Like Borderlands or Dead Island do it. Then you have both the finding out and you have the learning, that its more effective.

Meele is also thing. After writing the comment, I actually realised there is meele… But I haven’t noticed, because I jumped right into the game. But meele doesn’t feel right. You hit multiple time a enemy, but “nothing” happens. What could be improved by giving a time window where you instantly kill the enemy. f.E. Shoot down to 20 health and then meele. Similar how DOOM does it.

It has a goal? Good. Then next time maybe make it more ovious. :)

Audacity has a Checkbox when changing Bass and Highs, where it automaticly adjusts the volume.

And no I don’t expect you “fix” or change it now. Its just feedback, how to make it better next time. :)

one of the best indie games i have played

Interesting to hear that.
And yes, you can remake the game. 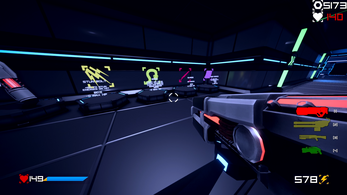 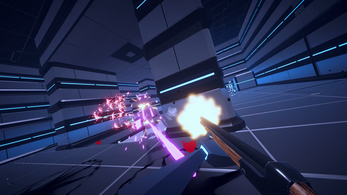 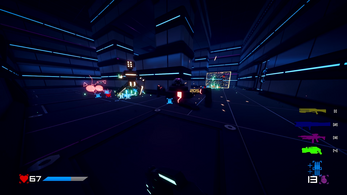 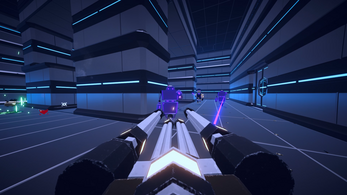 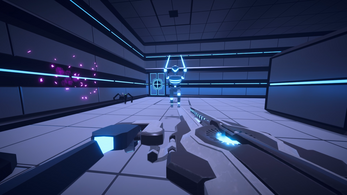 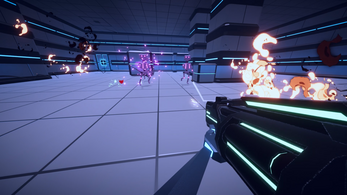 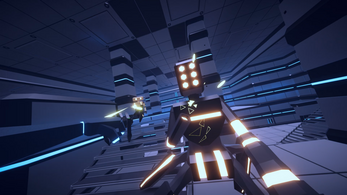